What is it with Bolivia these days? Seems all the hot foods are from Bolivia- not a country that we usually think about all that often in Australia. Quinoa was everywhere in 2010. And now we have chia seeds for 2011. A few months ago I'd never heard of chia seeds, and then suddenly they were everywhere in the blogosphere. Understandably I was keen to get my hands on some, and give them a go. Imagine my surprise when I found some in my small town supermarket on a quiet Sunday morning! Such great excitement. But then I had to work out what to do with them. 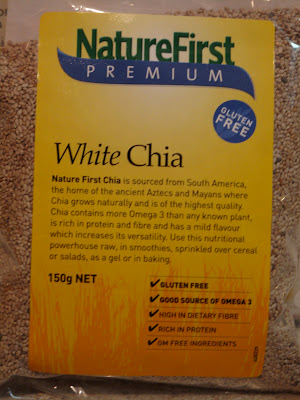 First to work out what they are.  Chia are the seeds of a flowering plant (Salvia Hispanica), which not surprisingly is commonly known as Chia. It is native to central and southern Mexico and Guatemala. My packet were grown in Bolivia, but Wiki says that Australia was the worlds biggest producer of chia in 2008.

So what do you do with it? I started off rather unadventurously with sprinkling it on salads with some sesame seeds, and also on my morning cereal with my breakfast boost. It wasn't bad, but not wowing me either. 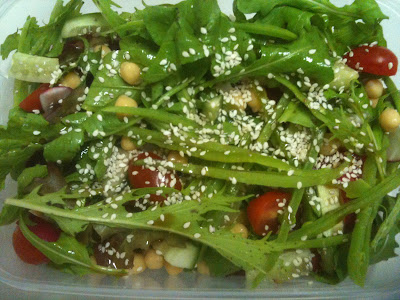 I'm starting to see chia added to more products about the place too. A smoothie at Energize- banana and strawberry smoothie with LSA (Linseed/Sunflower/Almond) and (optional extra) chia. It was slightly gritty, but I suspect that was from the LSA rather than the Chia. 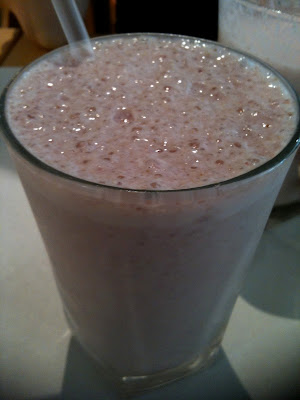 And today I bought a loaf of Wholemeal Chia bread at Baker's Delight (their website doesn't mention the GI value of this loaf, but one of my favourite information sources GI News gives the white chia bread a medium GI rating of 63). They had both a Wholemeal Chia loaf, as well as a White Chia loaf. I hadn't seen them before. 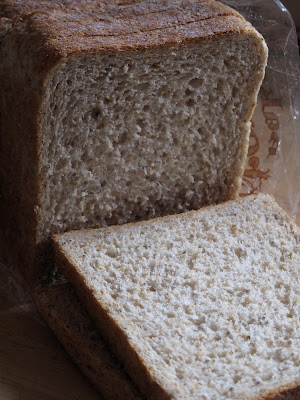 Wholemeal bread isn't my favourite type of bread, by any stretch. I'd much prefer a multi-grain normally.  This one is ok. The crust has a fine crackle/crunch to it that is vaguely disconcerting.

And why is there all the current buzz about Chia? There are a lot of purported health benefits. It is a good source of omega 3 fatty acid, fibre and many micronutrients- calcium, phosphorus, magnesium, manganese, copper, iron, molybdenum, niacin, and zinc. Chia is mucilaginous (it makes a mucusy substance when in contact with liquid), which is postulated to help slow digestion of carbohydrates, and so may help lower the GI of food. I'll be experimenting further with chia- the chia gel sounds intriguing, if not vaguely gross as a concept, and sprouting chia sounds like fun.
Posted by Louise at 18:19