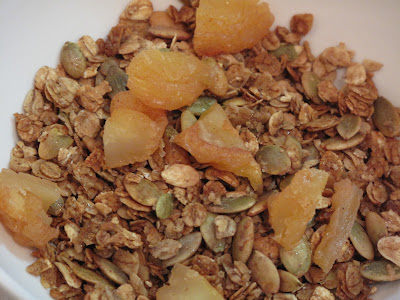 It's taken me a while to get to posting this. I've made this muesli twice now. The first time was disappointing, which was very sad, perhaps I expected too much of it. I made a few mistakes with the first attempt. I tried cooking it with the oven fan on- not a good idea, it was much too dark, almost burnt- don't do it. I didn't put enough spice in, and I actually found the sugar a bit much.
So, this time, I've cut back the sugar and ramped up the spices. I love gingerbread, and was keen to try to flavour a muesli this way. I have a wonderful Herbie's spice mix- Quartre Epices Sweet that helped with the genesis of this idea. A heady mix of allspice, nutmeg, cloves and cinnamon. I love the warm spiciness of those wonderful, flavourful aromas of gingerbread and it's relatives like pain d'epices and speculaas. The other muse for my muesli making exploits was Wayfaring Chocolate, who makes a mean looking muesli when she's not wayfaring, or scarfing down chocolate (although she insists on calling it granola) 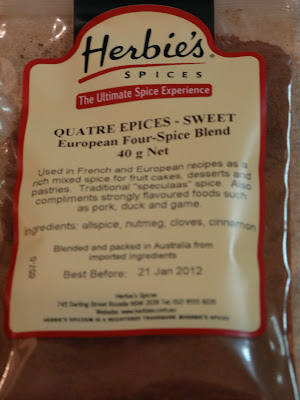 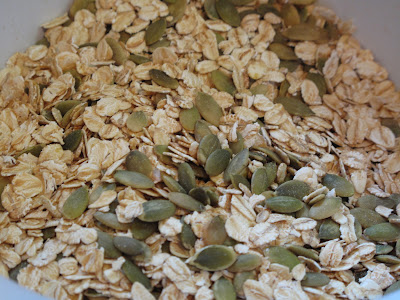 2. In a separate, larger bowl, whisk together the sugar, molasses, sesame and canola oils, and spices. Tip the oats and pepitas into the wet ingredients and stir well to combine.
3. Spread the mix onto a baking tray lined with baking paper. Bake in the oven for 15 minutes,  take out and stir  to avoid its edges burning.
4. Add  the chopped pears and stir through, then put muesli back in the oven for another 8-10 minutes, until starting to look toasted. Remember, the muesli will crisp up as it cools.
5. Eat multiple handfuls from the baking tray as the muesli cools. 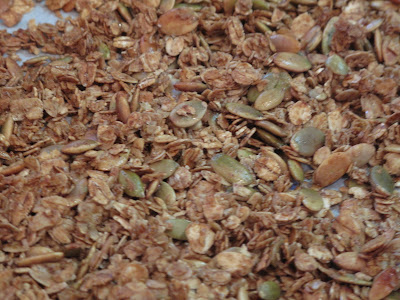 Notes
Barley is very low GI, in fact one of the lowest GI foods. Sadly rolled barley is moderate GI, but I still have more than half a packet in the cupboard, so it needs to be used up. And the overall GI should still be low. 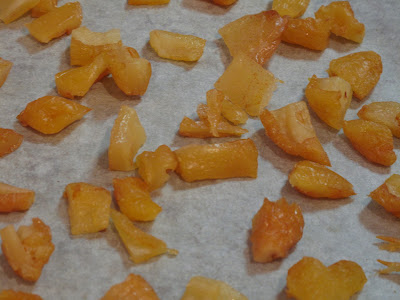 I particularly love cinnamon and can't usually get enough of it. So I added some extra. And a touch of ginger- I can't believe I didn't think to add it the first time. I've had this a few days now for breakfast and I think next time I'll add even more spice- it's not quite there yet for me.


I've used golden syrup in this twice now, and despite me thinking that it would be Fantastic, you don't get much of a note from it. I think I will try another syrup next time- molasses or treacle perhaps. I've got a rather large jar of treacle lurking in the back of the pantry. It's always fun to find a use for something that has otherwise been rendered useless.
Posted by Louise at 22:48 2 comments: